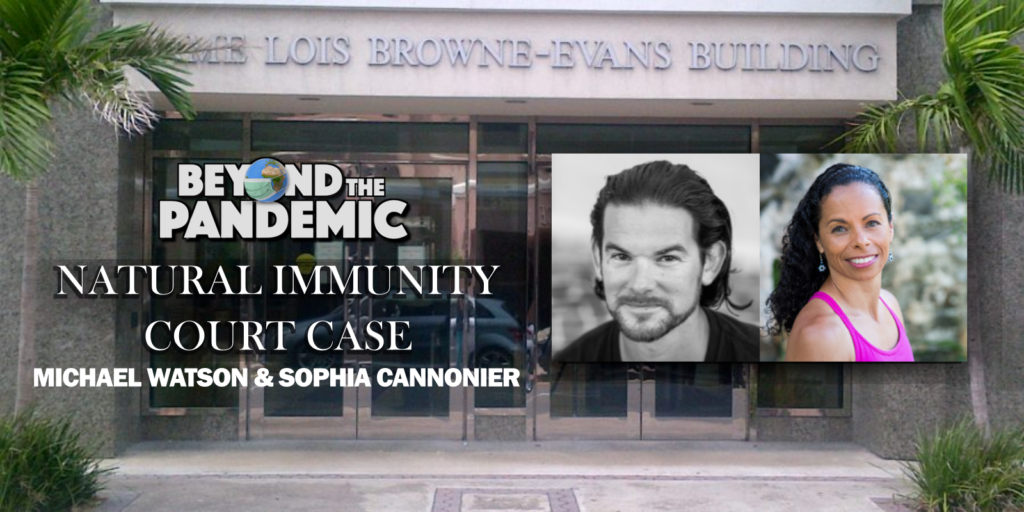 December 13, 2021 (Hamilton, Bermuda) Sophia Cannonier and Michael Watson’s trial in Magistrate’s Court was supposed to commence this morning (December 13) after being moved from Thursday November 4.

However, the Worshipful Magistrate Khamisi Tokunbo adjourned the couple’s case to March 31 and April 1 of next year due to certain unforeseen circumstances.

Ms. Cannonier and Mr. Watson are charged with refusing to comply with a quarantine requirement as instructed by a health officer, failing to properly complete the mandatory travel authorization form, breaching their mandatory 14-day quarantine period and having unauthorized visitors in a place of quarantine.

All of the charges allegedly occurred after the couple returned to the island from overseas on Sunday July 11.

TNN’s Trevor Lindsay spoke with the couple after their brief court appearance this morning. Mr. Watson called this morning’s delay a small “personal victory,” because he believes that the longer the case stretches out, the more likely it will lose its relevance.

“ In returning home to Bermuda [from Switzerland], I was subject to two weeks’ quarantine, being told that I am not fit to be in society and that I’m a risk to my community,” Mr. Watson explained. “ At the same time, there are no steps being taken by the government to allow me to prove that I have immunity status. That is the injustice that we are trying to fight in the bigger picture.”

According to him, the Health Department called him once during his last two-week quarantine period. This is in stark contrast to when he and Ms. Cannonier returned to the island just over five months ago, when police surrounded their residence for over five hours.

Ms. Cannonier believes that the case against them is not strong enough to be heard sooner rather than later and that the Crown needs more time to gather their witnesses and evidence. Both Ms. Cannonier and Mr. Watson say that people within the community thank them almost every day for standing up for what they think is right.

“ We never intended this to be as big as it is now,” Mr. Watson said. “ This has really been about protecting our family and children from the authorities . . . There is a much bigger picture to this and I am proud to say that we can wave that flag and are standing behind our values and not simply rolling up our sleeves and taking a needle because it is more convenient.”

Due to his personal choice to not get vaccinated, Mr. Watson has lost clients, friends and many other things that were close to him. However, he remains confident in the fact that he is standing behind his values.

“ We made sure that our children have natural antibodies against COVID-19,” Ms. Cannonier added. “ No injection is going near them. They are warriors and we are training them how to survive in the world,” Ms. Cannonier said.